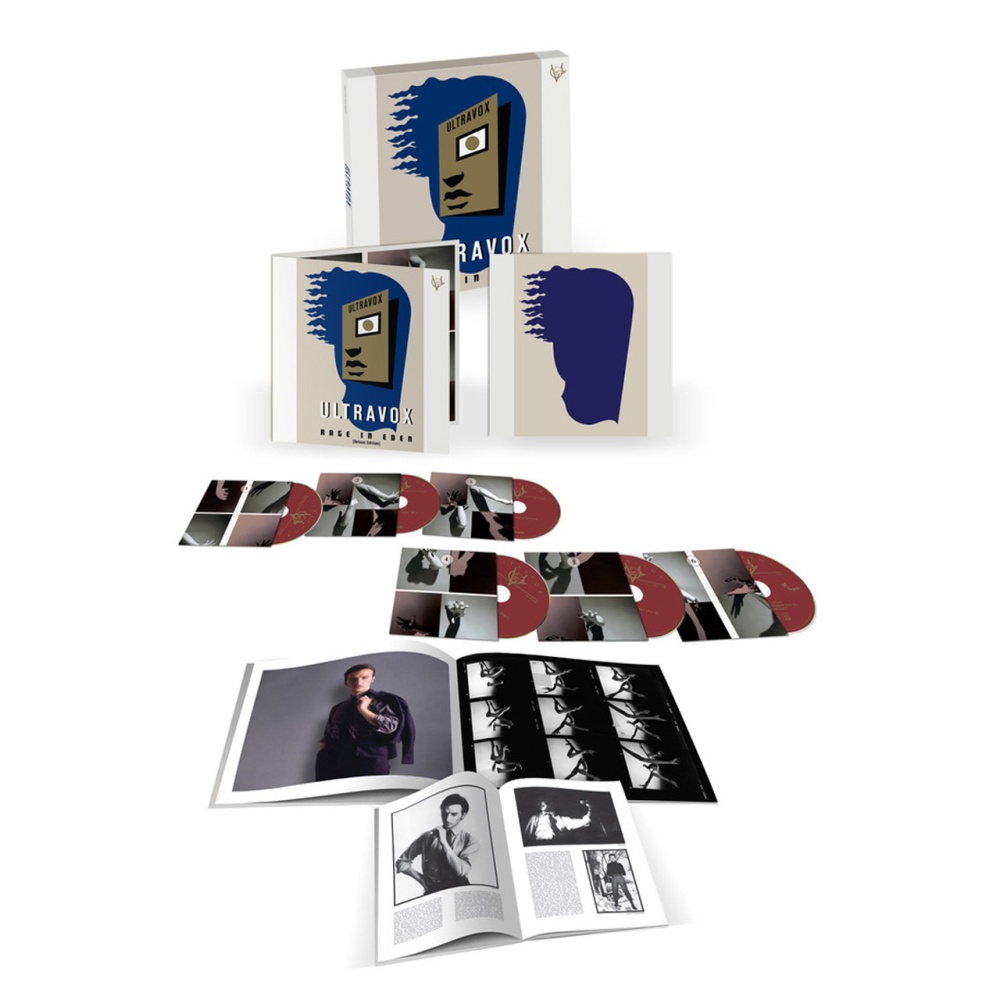 *product may differ to image displayed

This new 5CD/1DVD Box Set features the original album, a new stereo mix of the album by Steven Wilson, along with a host of single mixes, b-sides, rehearsals and work in progress mixes and a newly mixed full concert recorded at Hammersmith Odeon, London in 1981.

The format is a 12” x 12” rigid slipcase, holding two gatefold sleeves, gold 6x Card Wallets, a 12” x 12” 20 page booklet including newly written notes by Warren Cann and unseen photos, a second booklet with a reproduction of the original Rage In Eden Tour Programme.